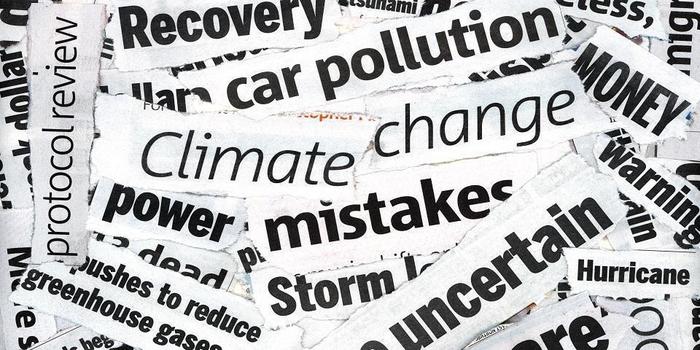 In today's lesson, we're going to teach you about writing headlines for newspaper reports.

What is a newspaper headline?

A headline is the main title of a newspaper story usually printed in large letter at the top of a story.

What does a headline do?

Headlines are designed to grab a reader’s attention and hook them into the story. The job of a headline is to tell the reader enough to attract their attention but leave them wanting to know more so they read the full story.

How do you write a newspaper headline?

The perfect headline is short, accurate and attention grabbing.  A headline should sum up the news story in as few words as possible; every word counts in a headline and any unnecessary words (such as the, is, a) are left out.

"Libya celebrates the future after the death of Colonel Gaddafi" becomes

Journalists play with the language in the headline to grab attention. Tricks of the headline-writing-trade include puns, rhymes, well-known phrases, clichés, song references, alliteration and assonance. Rhythm and punctuation also play an important role in making a good headline.

Headlines that use rhyming words sound appealing, like mini-poems. Example: Owl on the prowl

Alliteration headlines use repetition of the same sounds at the beginning of words; most tongue twisters use alliteration. In KS2 pupils will learn about alliteration which can be used to great effect in newspaper headlines. Example: BAMBOO BIKES IN BRITAIN

Puns are employed a lot in newspaper headlines (and Mr Latheron's lessons) and use the altering of words to attract attention. Example: BAA-RILLIANT NEWS! instead of ‘brilliant news’ for a story about Shaun the Sheep having new website pages.

Homophones where two or more words having the same pronunciation but different meanings are also often used. Example: OH DEAR OH DEER for a story about problems an increase in the deer population is causing.

Headlines that are designed to cause shock or intrigue ensure the reader can’t resist finding out the details of the story. Example: I WAS UPSIDE DOWN FOR WEEKS! for a story about an astronaut's experiences in space.

Newspaper articles that are about mysteries can use a question as a headline to capture interest or readers should be outraged. Example: WHERE HAVE ALL THE BEES GONE? for a story about the mysterious decline in bees. 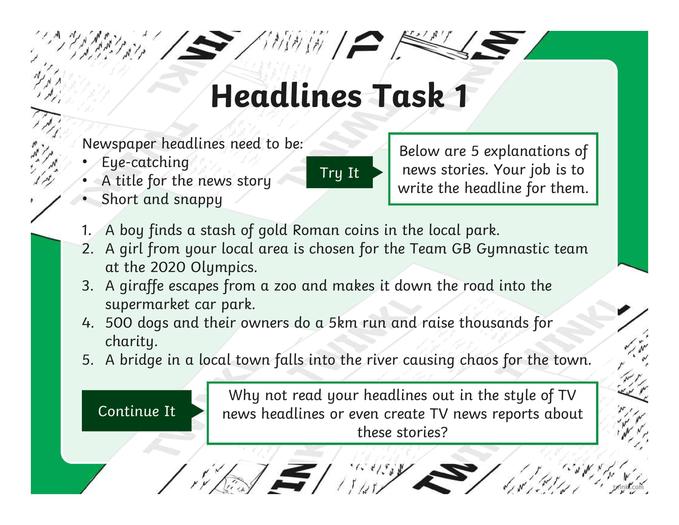 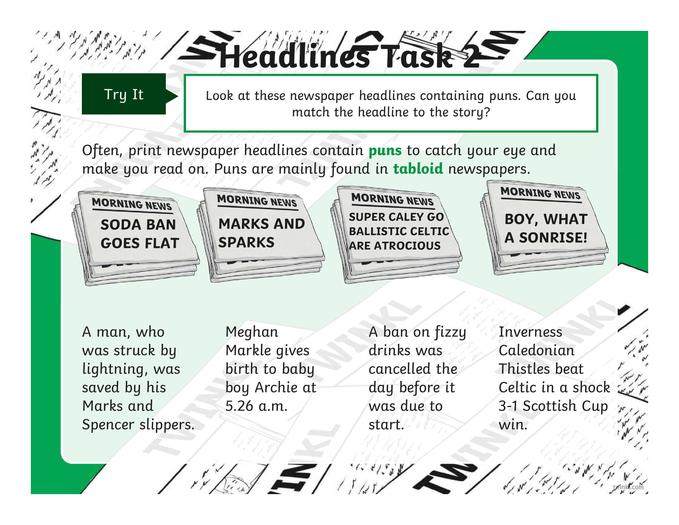 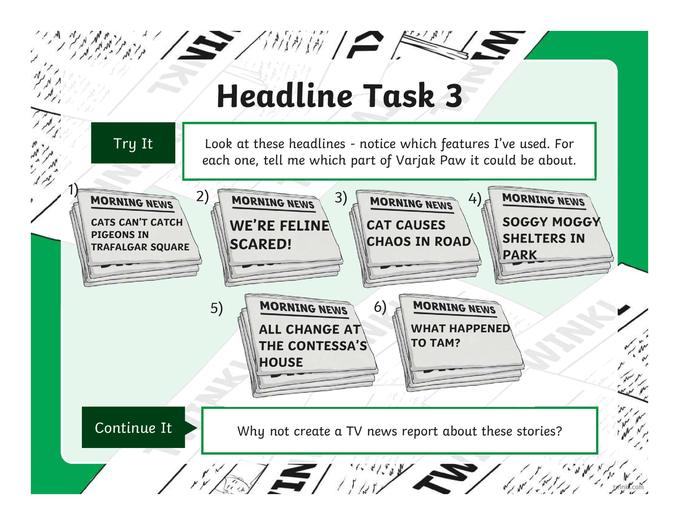 Hello Year 4 - here I am taking you through today's Maths where we use Jigsaw numbers to calculate change.
|f you want, to challenge yourself, try a real life money problem (or all of them.!) and remember to think carefully about all the steps involved!

How do you calculate how much change you will get when you're paying for things with cash?

Usually when we are using cash we won't have the exact amount.  To find the change, we have to carry out a subtraction:

E.g. these flying saucers cost 32p and you have a £1 coin 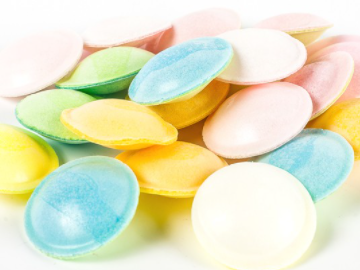 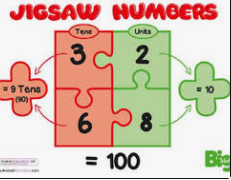 The same rules apply with larger amounts tomorrow, but we must remember our decimals! 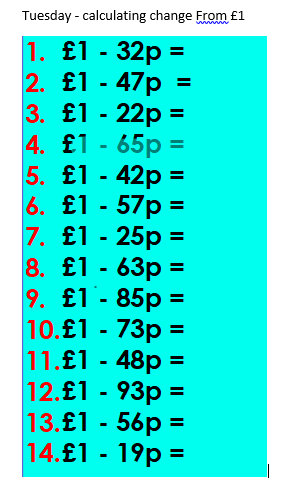 Applying our understanding to real-life problems! 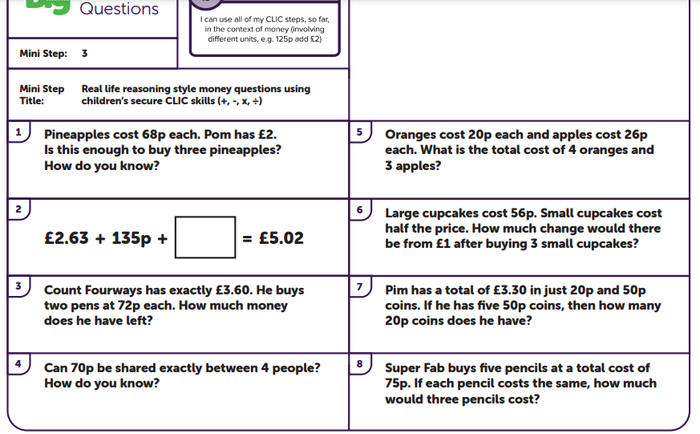 Get moving with the 5-minute workout challenge!